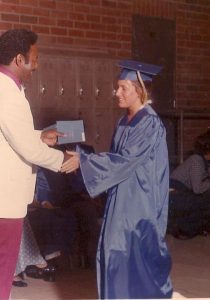 In every corner of the country, great leaders rise up during periods of unrest and leave a legacy. Their history, words and actions can inform our progress and next steps when similar circumstances arise. Have we seen this before? What did we learn? What went right?

Today, as in the 1960s and 1970s, the nation is experiencing racial unrest, passionate protests and a call to political activism. Standing tall among the multitude of Riverside’s civil rights leaders is Dr. Horace Jackson, who served as an educator in the Riverside Unified School District during the tumultuous years of 1961 to 1978. The Vietnam war, civil rights, desegregation and protests were all topics of the times. Dr. Jackson is remembered as a trailblazer and a champion of social equality, access to education, and a better future for all. His career and influence in the region spanned nearly four decades.

In 1968, Molly Williamson was a 7th grader at what was then University Heights Middle School, where Dr. Jackson was the first Black full-time principal. In 1970, her class followed Dr. Jackson to John W. North High School, where he was the first Black high school principal in the district. “Dr. Jackson was a tangible hero in my life,” she says. “Other than my parents, he was the most influential adult during my teen years.”

Molly was not alone. Former students remember Dr. Jackson as a visible and accessible presence on the highly diverse campus. Molly’s recollections mirror those of many of her classmates:  “He would sit down with kids on the lawn while we were having lunch. He taught us to value each person, and that we all have something to give. He emboldened us to believe in the best of ourselves and others. We didn’t even think about the diversity – it just seemed natural.” 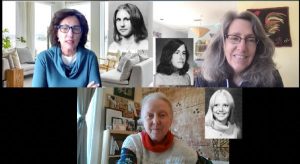 Over the years, Molly kept in close contact with two friends she met at JW North High: Nancy Biddle Sutterley (’75) and Michele Himmelberg (’74).  During the pandemic they began having weekly Zoom calls, reflecting on the years since they met in high school, and discussing many topics.  The murder of George Floyd struck a chord and they immediately thought of Dr. Jackson and their North High experience. “Our high school had a fairly even spread of Blacks, Whites, Latinos, and a substantial number of Japanese Americans,” Molly shared, “and we all had so much hope. George Floyd’s murder compelled me to consider what we could do collectively. We realized that while people will have differences, we can still be aligned to create a community that embraces the principles taught by Dr. Jackson.”

That conversation was the birth of the Dr. Horace Jackson Legacy Fund. Not content to sit on the sidelines, the alums were determined to find students who can go on to lead, especially among those who may have previously been overlooked or who are without the means to pursue a path toward success. The scholarship is aimed at grads heading to a community college, an area identified as having a high need, and where all of the founding members started their higher education paths.

The founding members of the scholarship committee wanted to establish a fund without having to create an individual nonprofit organization. Research led them to IECF, where the Dr. Horace Jackson Legacy Fund was opened in October of 2021 with the help of two more alumni, Cully Williamson (‘75) and Oscar Edwards (‘72). Through a multi-class reunion, emails, and social media posts, an initial six-month fundraising campaign generated over 150 pledges and $65,000 from alumni and former teachers, coaches and North High families. 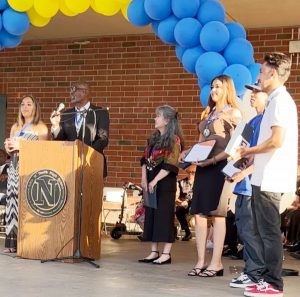 In May 2022, the fund awarded its first scholarships to three JW North High School students. Oscar Edwards, Class of ’72, spoke to the graduating class, saying, “You need to know your history and Dr. Jackson is a part of that. Through him, you have a network of mentors and supporters who are giving you an opportunity to form a sustainable community. Be true, don’t blame, don’t look for an excuse, believe in yourself, and respect all the stories in your life. There are many leaders who come from North, and we are here for you.”

The committee plans to raise $100,000 this year, which will enable endowment and allow the fund to grow in perpetuity. A long-term goal of $250,000 will make it possible for the committee to follow each scholar and provide annual support for their college careers.

“The response has been awesome,” says Molly. “We have plans to create a mentoring program and an oral history archive as well. This is just the very beginning of what we hope will be a very worthwhile effort as we carry Dr. Jackson’s torch and share his legacy.”

The fund welcomes all contributions. More information on Dr. Jackson, the 2022 scholarship recipients, and regular newsletter updates is available here.

If you would like to establish a fund to honor the legacy of someone who has made a difference in the world, contact Brie Griset Smith at bgrisetsmith@iegives.org.

Learn about all the good work we’re doing through the power of philanthropy. Sign up for IECF’s monthly enewsletter, Philanthropy Matters.