Rosalie Silverglate – A Donor with Heart and Passion for Giving 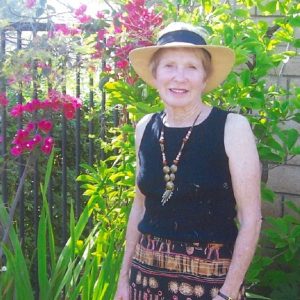 Mrs. Rosalie Silverglate is a woman with a big heart and passion for her community. She has been a long time donor with Inland Empire Community Foundation (IECF) since 1993.

Rosalie was born and raised in Brooklyn, New York but moved to Riverside with her family when she was young. She attended Longfellow Elementary School in Riverside and eventually went to Riverside Community College. She was also a pioneer in education, being one of a small number of women to attend the University of California, Los Angeles to study Urban Planning and then completing her education at California State Polytechnic University, Pomona.

Rosalie’s heart and passion is demonstrated by what she supports. She has been a consistent supporter of the Riverside Arts and Culture Donor Advised Fund at IECF, established in 2001 to benefit the Arts in the City of Riverside and surrounding communities. This was at a time where there was little funding for arts programs.

Rosalie was also the original donor that established the Temple Beth El Legacy Endowment Fund at IECF in 2004. The Fund goal is to provide a perpetual income stream for programs and projects offered by Temple Beth El, which supports Judaism and enhanced Jewish life.

In her lifestyle of giving, Rosalie has been a strong supporter of funds that support education in our region. They include the Elizabeth C. and Jack B. Clarke Sr. Donor Advised Scholarship Fund, established in 1993 to commemorate the lives of the Clarkes and the Bonnie Gail Polis Donor Advised Educational Endowment Fund, which offers scholarships to graduating seniors from Riverside Unified School District, who intend to pursue a career in public education.

Her giving doesn’t stop there. Due to her passion for her community, she also has given to the Victoria Avenue Historic Restoration Program Fund to provide community beautification, maintenance and preservation of the natural beauty of Riverside’s historic Victoria Avenue.

Adding to her list of historic giving, she was one of the original members of the Women’s Giving Circle, which was established in 2017 to educate women about philanthropy and to provide grants to nonprofits in the region that address critical quality of life issues for women.

In her long tenure with IECF, she also served on the Foundation’s Board of Directors from 1994 to December of 2002.

Her ultimate gift is that she and her husband Jim have decided to include IECF in their Will to support our work. They are now proud members of our Brouse Legacy Society.

We asked her why she gives and cares so much, and her response was, “I have had many blessings in my life. I feel that it is important that we give to help others and to programs and projects that help improve the quality of life in our community.”

For more information on how you can start your fund at IECF, contact the Charitable Giving Team at 951.241.7777.