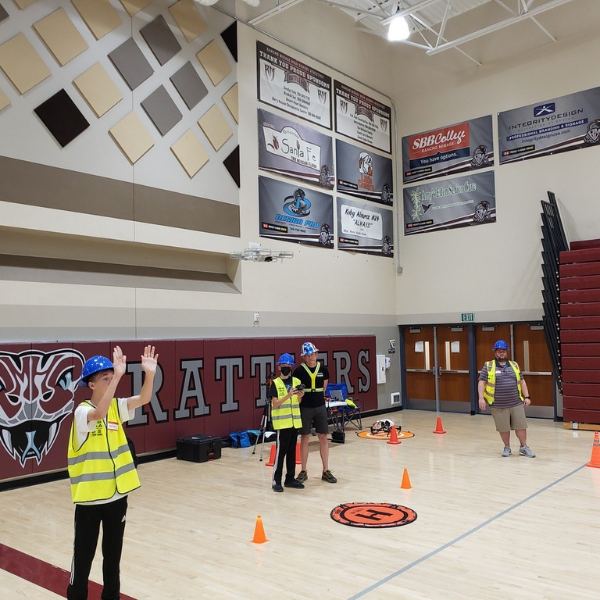 Palm Springs Unified School District (PSUSD) is ambitiously heading to the front of the class in the ways it educates and prepares students for success in the 21st century.

To that end, forward-thinking efforts have been made in two specific areas: how funding is obtained and distributed within the district, and the birth of new programs that embrace today’s technological advances.

With The Foundation, a 501(c)3, the District sees the nonprofit as providing a sustainable stream of private-sector funds to schools within six Coachella Valley cities— Palm Springs, Cathedral City, Desert Hot Springs, Sky Valley, Thousand Palms, and Rancho Mirage. The Foundation helps close financial gaps in public and state funding, which has become an ever-growing challenge.

Meanwhile, the District’s S.T.E.A.M. program, which revolves around science, technology, engineering, art, and mathematics, is generating buzz for the ways it sets students up for future success.

“When our kids graduate and enter the workforce, it’s going to be closer to 2030,” she adds. “When we think about 2030, even entry-level jobs will be technology-driven. We know Amazon’s huge distribution centers will be built. Uber Eats is going to start using driverless cars to make deliveries. We need to provide our kids with the kind of education, learning, and engagement that will help them.”

She points out that District or government budgets don’t necessarily cover things like robots or 3D printers. Mostly, the academic learning side is funded.

With The Foundation filling in financial gaps, students are given new opportunities to expand their minds. And that’s where S.T.E.A.M comes in with Drone Camps.

The recently introduced after-school drone program and curriculum is being piloted to middle schools. It’s one new way the District hopes to engage and educate students.

“When our generation grew up, it may have been model cars, airplanes or boats,” Goodman says. “We’re really upping the ante here from what might normally be like a Christmas or birthday present to something that is integrated into learning.”

Recently, The Foundation received a grant from the Inland Empire Community Foundation (IECF) through the Sheffer/Scheffler Fund. The resources will assist in a successful run of Drone Camps, which was piloted over summer to great success.

Moving forward, Goodman notes that one drone camp is slated for educators, who will learn about the drones, while four other camps will include students.

The schedule thus far: students will embrace the “art of drones” during the morning, in addition to academic footwork to pass either a student pilot license or drone license. Afternoons will find students moving through different stations and learning about flying drones, either for deliveries, agriculture, Hollywood films and the like.

“At the end of the day, they’ll come out with an extremely good idea of how to use these devices and they’ll have expanded their knowledge,” Goodman points out. “Ultimately, at the end of the school year, we’d like to have a small competition like drone racing, perhaps having our schools compete against each other.”

Expect the mood to be celebratory, something Goodman appears to embody—her enthusiasm for The Foundation runs deep.

“What I love is when we can bring the community together with teachers and administrators to get kids what they deserve,” she says. “To me, it’s like this triangle. And I love being a matchmaker. I love bringing that community to individuals making a difference in students’ lives.”

For more information on The Foundation, visit psusdfoundation.net.

This article originally appeared in the Desert Sun, September 2022.