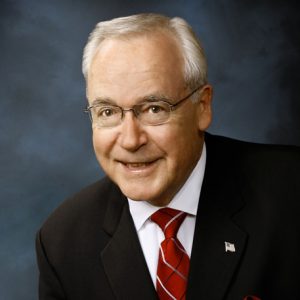 IECF is saddened to share the news of the passing of respected attorney and philanthropist, Bruce Doyle Varner. He is also the father of IECF’s past Board Chair, Sean Varner.

As supporters of many local causes in the Inland Empire, Bruce and his late wife, Nancy, created the Bruce and Nancy Varner Donor Advised Fund at IECF in 2004. Over the years their fund has provided support to Inland organizations promoting the arts, libraries, basic human needs and education.

“We extend our condolences to the Varners at this time,” said Michelle Decker, IECF President and CEO. “We are truly honored to continue Bruce’s legacy of giving and service to his community. When we lose the people who have made such an impact on their community we want to find ways to keep their legacy alive, and Bruce gave so much over his many decades of professional and community service.”

When Bruce moved to the Inland Empire in 1964 he joined a prominent law firm and begin his illustrious legal career. He was later known as one of the leading corporate and business transactional attorneys in Southern California and throughout the United States, a role Sean continues today. In 1997, he became a founding partner of Varner & Brandt, the leading business law firm in the Inland Empire.