Spotlight on IE Community Collaborative: Strengthening Nonprofits in the Region 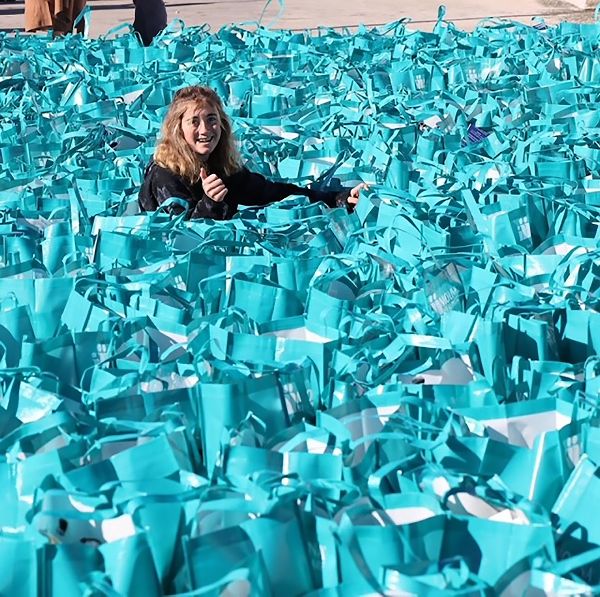 For nearly a decade, the Inland Empire Community Collaborative (IECC) has worked to strengthen nonprofits in San Bernardino County. Over 100 nonprofits have participated in the organization’s year-long capacity-building academy, becoming members of the collaborative. Members receive ongoing technical assistance, and coaching and create sustainability plans to better serve the community.

In the last two years, IECC has grown over 200%, helping nonprofits face the challenges and needs created by COVID-19. The organization shifted to serving its members online and worked as a coalition to serve community needs. Working together, nonprofits helped each other get masks, wipes, and other essentials in the interim before the county stepped in to help with supplies.

Following the onset of COVID-19, IECC shifted to assisting funders who wanted to help local nonprofits. As a known organization with strong ongoing relationships with other nonprofits, IECC was able to direct funds where they were most needed. IECC soon realized that nonprofits were not being accounted for in the early rounds of COVID-19 funding and also began advocating for their support.

IECC’s next goal was to be the intermediary in building coalitions, providing trusted spaces to convene and infrastructure for a two-county children’s cabinet. Eighty-seven stakeholders, including funders, nonprofits, businesses, school districts and county entities tackled the challenge of making childcare a priority during the pandemic.

Throughout the first year of the COVID-19 pandemic, IECC also continued policy and advocacy work to support the census. The organization engaged in redistricting discussions and educated nonprofit organizations on the impact these changes could have on their clients. IECC was able to regrant some of its census funds to communities that were the hardest to count, ensuring they were included. There were 29,000 families reached during this work.

IECC’s ability to build coalitions and catalyze partnerships was soon noticed by larger funders. Currently, IECC is working as an intermediary for communities that have been the most impacted by the last few challenging years, helping them to receive support. The Inland Empire continues to be underfunded, Gomez said. IECC is seeing changes with the work that has been done in the last few years, but the region is still falling short of funding.

“The best work is happening when we are all working toward what’s best for the community,” Gomez said. “That is where we have seen the most movement.”
The IECC coalition and community volunteers demonstrate the impact they can have by working together annually through their Navidad en El Barrio holiday food drive. Each year, the group assembles over 650 baskets for families in San Bernardino County.

Recently, IECC received a grant from the Community Impact Fund through the Inland Empire Community Foundation. IECC represents nonprofits and communities that are overlooked and much of the organization’s work involves ensuring they have a seat at the table and a voice in the conversation. The grant supports these efforts.

Gomez noted that many nonprofits are still struggling to return to full capacity and need the support of volunteers to resume their work. Nonprofits that relied on volunteers to achieve their mission need the most help. IECC encourages community members to consider supporting nonprofits that are meaningful to them by donating their time, even if they cannot offer financial support.

“Ultimately, we want to be known for creating a legacy of strong nonprofits in the Inland Empire,” Gomez said. “There are many good nonprofits doing good work who are good stewards of their dollars, and they are worthy of the funding because of this.”

This article originally appeared in the Press Enterprise, July 2022.