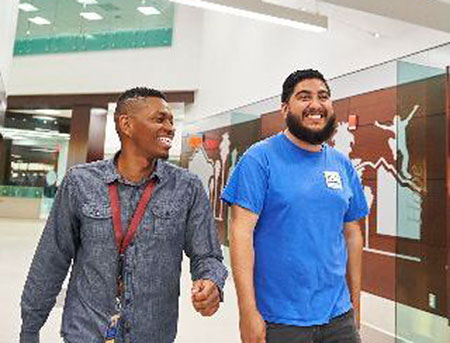 “This collaborative effort began with the Funders Alliance,” said Celia Cudiamat, chair of the IE Funders Alliance and SVP for Grants and Community Impact at IECF. “Thirty funders work together under the Funders Alliance to create pooled funds, and given the centrality of racial equity and anti-Black racism for progress in our communities, we are delighted to host this fund at IECF.”

Said BLU Educational Foundation CEO Dina Walker in a recent Press Enterprise article, “We’re excited because this is a forward-thinking plan in which we, the organizations, will be part of the decision-making process and get to decide how the funds are distributed.”

The fund will accept gifts from foundations and individual donors, creating a seamless pooled fund to reach its goal and engage many donors. Using a “trust-based” model of philanthropy, members of the Black Equity Initiative will be part of the distribution of resources.

Stay tuned – IECF will be sharing future updates and developments about the fund in the coming months. Thank you in advance for your interest and support of this important work.

If you missed the latest news coverage of the fund, read about it in the Black Voice News and the Press Enterprise!