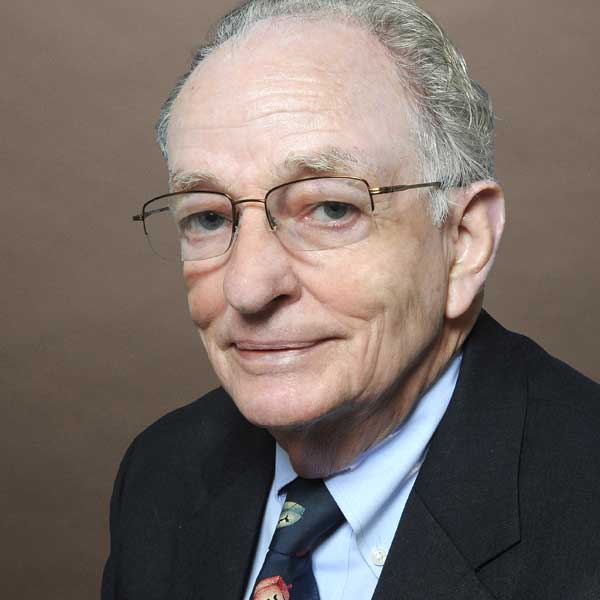 Rabbi Hillel Cohn served as rabbi of Congregation Emanu El in San Bernardino from 1963 to 2001. He is now Rabbi Emeritus of the congregation. A native of Germany, he was brought to the United States as an infant by his parents who were refugees from Nazism. Rabbi Cohn grew up in the Pacific Northwest and Southern California. He received a B.A. in Political Science from UCLA in 1959. His rabbinical training was received at Hebrew Union College in Los Angeles and Cincinnati where he was ordained as a rabbi in 1963 and received a Master of Arts degree. He earned a Doctor of Ministry degree from the Claremont School of Theology in 1984 specializing in ethics and communication. In 1988 he was awarded an honorary Doctor of Divinity degree by the Hebrew Union College.

Rabbi Cohn came to Congregation Emanu El in 1963 to serve as assistant rabbi with Rabbi Norman F. Feldheym. In 1964 he was named co-rabbi. Upon the retirement of Rabbi Feldheym in 1971 Rabbi Cohn became the senior rabbi of the congregation.

Rabbi Cohn has been active in many community organizations in the San Bernardino area. He now serves on the Institutional Review Board at Arrowhead Regional Medical Center, a member of the Diocesan Health Care Committee of the Roman Catholic Diocese of San Bernardino. He was the founding chairperson of the City of San Bernardino Human Relations Commission and currently serves as a member of that commission. He produced and hosted “The Many Faces of San Bernardino: Dialogues on Diversity”, a regular half-hour program on KCSB (Channel 3). He was one of the founders of Inland Congregations United for Change (ICUC).

Rabbi Cohn served for a number of years on the National Commission on Rabbinic-Congregational Relations of the reform movement, mediating problems between congregations and rabbis. He was the editor of two publications on rabbinic contracts. From 1999-2001 Rabbi Cohn served as Treasurer of the Central Conference of American Rabbis, the national organization of reform rabbis. From 2001-2008 he served as editor of the CCAR Newsletter, the monthly publication of all reform rabbis in the world. He has served as president of the Pacific Association of Reform Rabbis and as a member of the Board of Trustees of the Union of American Hebrew Congregations. He is a past-president of the San Bernardino Clergy Association, the interdenominational ministerial group of the area. He is currently 1st vice-president and president-elect of the National Association of Retired Reform Rabbis and serves as editor of its newsletter, Ohr L’Naorrr. He serves on the board of the Inland Empire United Jewish Federation and on the Advisory Council of the Hebrew Union College Mentoring program.

For the past 20 years he has been a member of the Priest-Rabbi Dialogue, a project jointly sponsored by the Archdioecese of Los Angeles and the Board of Rabbis of Southern California.

In 1996 Rabbi Cohn was one of 5,000 Americans honored for being a Community Hero by carrying the Olympic Torch. In 2001 he was awarded the prestigious Our Lady of Gudalupe Award from the Diocese of San Bernardino, the highest award it confers upon non-Catholics. He recently received the “Man in the Spirit of Martin Luther King” Award from the African-American Churches of the Inland Empire and also received the Dale Evans-Roy Rogers Award for a Lifetime of Commitment to the Spirituality of Children from the Loma Linda University Medical Center. In 2001 he was the recipient of the Leaders of Distinction Lifetime Achievement Award from the Business Press of the Inland Empire. In 2007 he was named a Community Honoree by the Western Inland Empire Coalition Against Hate for his work in fighting hate and building inclusion. In 2009 he received the George E. Brown, Jr. Peace Award from the Democratic Luncheon Club of San Bernardino. In 2009 he also received the Humanitarian Award from the Time for a Change Foundation.

From 2002-2007 Rabbi Cohn served as the interim rabbi of Adat Ari El, a reform synagogue in Las Vegas and wrote a regular column for the Las Vegas Israelite. He currently serves as part-time rabbi of Sun City Jewish Congregation in Palm Desert.

Rabbi Cohn continues to be called on frequently to speak to religious and civic groups locally and throughout the nation. He is the author of Haggadah for Passover. His sermons have been published regularly in various publications.

Rabbi Cohn and his wife Rita live in San Bernardino. They have two children, Elana Cohn-Rozansky and Marc Cohn and four grandchildren, Jeremy and Adam Rozansky and Sarah and Leah Cohn.