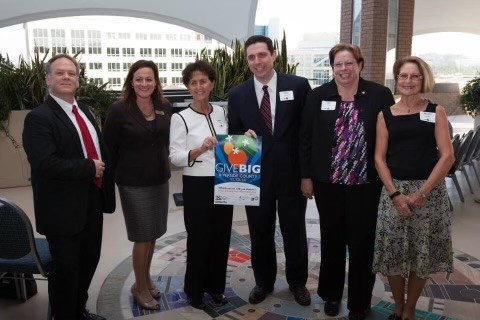 With heavy hearts, the Foundation mourns the recent passing of friend and community philanthropist, Aaron Michael Norris. Aaron was a beloved member of the community, an expert in real estate investing and public relations, and is fondly remembered by IECF for his leadership and dedication to Give BIG Riverside, a campaign that raised over $1M for charities in Riverside County.

While fighting a rare form of cancer, Aaron continued to live his life, going on trips with friends, supporting colleagues in the real estate and public relations world, and attending special events hosted by the organizations he loved and supported.

Aaron’s passion for philanthropy has benefitted many charities in the Inland Empire and Orange County, raising more than $2 million through his annual “I Survived Real Estate” Gala and the 24-hour online campaign Give BIG Riverside County. He also served on numerous local, regional, and national boards from the Public Relations Society of America (PRSA) to planned giving committees to nonprofit groups and housing coalitions. He loved nothing more than to inspire others to get involved with their time, talent, and treasure to causes close to home. 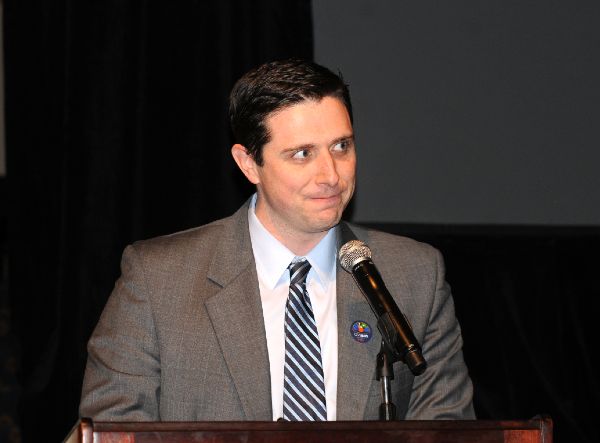 Aaron received the Volunteer of the Year Award at IECF’s 70th Anniversary Gala.

When asked a few years ago about his involvement with Give BIG, Aaron expressed “It raises money from local, out-of state, and even international donors but stays here to help the awesome work of our local charities. Truly, humbled and extremely grateful.” In partnership with IECF, Aaron would lead Give BIG to achieve exciting milestones, expand capacity building support for nonprofits, and energize Riverside County to invest in the community together. The Foundation also acknowledged his special efforts with its “Volunteer of the Year” award.

Before working in real estate and public relations, Aaron was living out his dream on the Broadway stage. He spent his 20s living in New York City as a professional performer – a fun fact many never knew. Between “gigs,” Aaron found his second love in data and research. He worked with such companies as Lazard Freres, KTU Radio, MGA Entertainment, and Clear Channel Entertainment. He ultimately stopped performing after a back injury cut his time short.

Even as his health was declining, Aaron was thinking of others. In recent weeks, he contacted the Foundation to create the Aaron Norris Creative Fund that would help support arts programs in the Inland Empire. Many friends, family, and colleagues have contributed to the Fund, which will ultimately award grants to organizations that promote and expand arts programs in the region.

Your donation celebrates the person Aaron was, his many accomplishments, and the legacy of positivity, love, and light he left behind that will live on at the Foundation forever.

To make a gift in Aaron’s memory, please click here.

Stay connected with IECF and the work made possible by our generous donors. Sign up for our monthly eNewsletter, Philanthropy Matters.