R.S. Social Justice Fund: How Ivan Rosales Is Putting His Philanthropy in Action 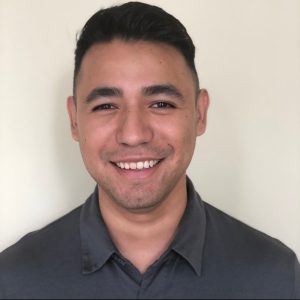 Community organizing and social justice have always been important to Ivan Rosales. Growing up in Rialto, CA, Ivan, 32, started organizing in the immigrants movement in 2010 after seeing many injustices impacting immigrants and their families, as well as college students.

“I come from an immigrant family and fighting for immigrant rights is a mission that drives my philanthropy and work,” said Ivan.

After attending local schools and graduating from California State University, San Bernardino with a degree in Biology, Ivan decided to pursue a Master’s Degree in Bioethics at New York University (NYU). Upon graduation he joined SumOfUS, a global organization that challenges corporations putting profits before human rights and the environment, as their Finance Director. He now works as Chief Financial Officer for the North Star Fund, which supports grassroots organizing led by communities of color; building and leading the movement for equality, economic justice and peace in the New York and Hudson Valley area.

His passion for community organizing and advocacy eventually led him to IECF. In the fall of 2020, Ivan opened the R.S. Social Justice Fund. The fund will support social justice organizing efforts and general charitable purposes in the region. Ivan hopes to see more people in the community – including family and friends – supporting the fund and believes that philanthropy is for anyone.

Ivan recently invited his friends and family to make a donation to his fund on Facebook, in honor of his birthday. At IECF, we wish him much success on this special occasion!

Added Ivan, “Being in New York people are organizing and I learned a lot out here. I see a huge gap around community organizing in the San Bernardino area and I want to empower people to change their communities.”

Ivan splits his time between New York and California, for work and to stay close to his family.

For more information on making a gift to the R.S. Social Justice Fund or creating your own fund, contact the Charitable Giving Team at 951-241-7777 or visit www.iegives.org