Spotlight on People’s Collective for Environmental Justice: Advocating for a Healthy Community 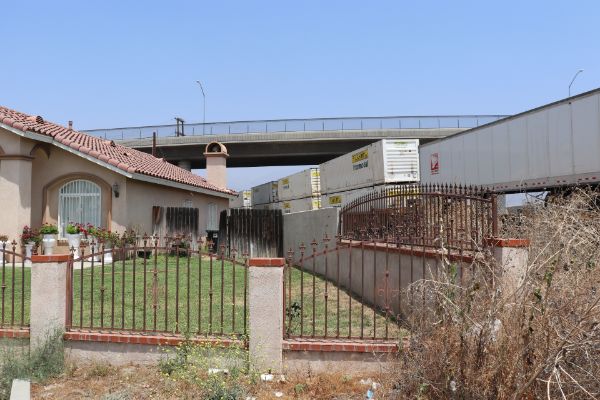 PC4EJ advocates for neighborhoods with less pollution caused by transportation of goods.

For the last two years, People’s Collective for Environmental Justice (PC4EJ) has been creating programs that address pollution and systemic racism, and encourage the community to advocate for their right to live in a healthy environment. The organization was formed in response to a lack of conversations about environmental justice in the Inland Empire.

PC4JE partners with multiple organizations in the region looking at a variety of aspects that make up a healthy community including education, housing and advocacy. This involves coalition work and programs in the Bloomington, San Bernardino and Colton communities.

In March, the organization hosted 60 community members on a “Toxic Tour.” Participants took a bus tour of the region exploring air quality issues and the sites that contribute to pollution. Research compiled by the organization and its partners points to the increase of warehouses in the Inland Empire affecting the air quality in cities like San Bernardino. According to their data, people of color are disproportionately affected by this pollution and PC4EJ hopes to educate the community and give its residents the tools to advocate for a healthier environment. 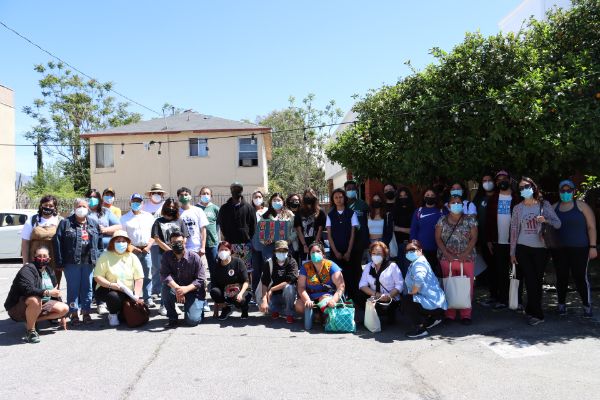 PC4EJ staff and community members participate in a “Toxic Tour” to learn more about pollution in their neighborhoods.

“We try to challenge power dynamics and are dedicated toward being intentional and when we work with the community,” Alicia Aguayo, PC4EJs’ communication manager said.  “We want to make sure the people we work with know that we will be working with them for the long run.”

PC4EJ has also built relationships with the University of California, Riverside. There is a lot of interest in engaging in environmental justice work from youth, according to Aguayo. The organization is currently working on a youth water testing program with a year-long curriculum that includes research, advocacy and video projects. Working with professors at UCR, over 50 students in the San Bernardino Unified School District will test the water at their schools and learn about water systems.

“Our life expectancy shouldn’t be dependent on where we live,” Aguayo said. “We are pushing for protection and mitigation to a lot of the exposures.”

Currently, PC4EJ has 8 staff members and works with community volunteers. The organization has been able to sustain and grow its work through fundraising, supporting a $500,000 budget. PC4EJ has been intentional about building its structure from scratch and applying for grants that are geared toward the work they are doing.

Recently, the organization received a grant from the Community Impact Fund through the Inland Empire Community Foundation. The organization will require ongoing support from grantors and the community to grow its impact. If community members have an interest in learning about environmental justice, they can get involved by reaching out to the organization through its website.

Ideally, PC4EJ envisions a larger staff and creating an increased number of community initiatives it supports. It is also looking to provide resources for the community to assist them in addressing their regional and neighborhood issues. This could be supporting needs such as purchasing a computer for community organizers or providing them with other items that will help them succeed.

The organization wants to see new leaders grow and rise out of their programs throughout the Inland Empire. Ultimately, it envisions community members working toward environmental justice in every city.

“The impact on our health matters,” Aguayo said. “It’s possible to have a better future because the community has the power to make changes and we are here to give them the tools to advocate for it.”

This story originally appeared in the Press Enterprise, June 2022.

Inland Empire Community Foundation works to strengthen Inland Southern California through philanthropy. Sign up for our monthly eNewsletter for updates!