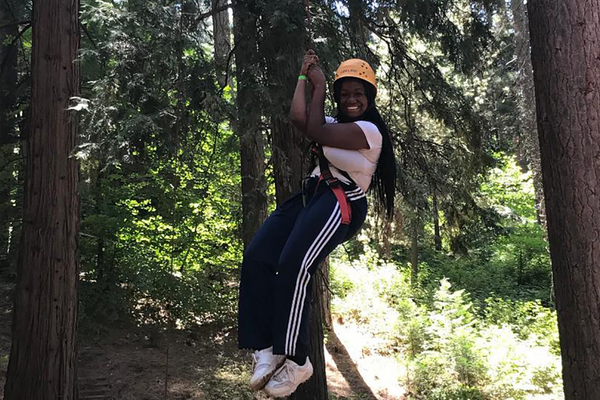 Boys & Girls Club of San Gorgonio Pass has 15 locations between Cabazon and Yucaipa that serve over 1,200 kids. The organization provides after-school and additional programming at schools in the Banning, Beaumont and Yucaipa Calimesa Unified School Districts. Additionally, the organization has a Teen Center and administrative offices in downtown Banning.

The organization provides programs that are designed to increase self-esteem, create positive values and give children a place where they feel safe. Homework assistance is provided through Power Hour. Teens can participate in Goals for Graduation which is geared toward on-time graduation and planning for the future. The Club also provides character and leadership programming, health and life skills, sports and arts programming.

The Club opened its Teen Center in 2017 and the location was intentional according to Amy Herr, the organization’s Executive Director. Teens can walk to the Teen Center from Nicolet Middle School as well as Banning High School. Boys & Girls Club wanted to capture the majority of kids in the city who needed a safe place to hang out and make friends.

Many of the children in Banning come from single-parent homes or are being raised by relatives while parents are absent. While a teen may seem angry and hard, it may only be because they feel adrift and alone, the organization’s Executive Director, Amy Herr said. There are teens who have parents in prison, who are selling drugs or are just not engaging with them in meaningful ways.

“Every kid deserves to be seen and feel like they are seen,” Herr said “We make sure our staff talks to each kid about what they had for dinner and what they are doing for the weekend. We try to get them talking and feel connected.”

The Club also gives teens the opportunity to have experiences most kids might take for granted. Youth who are members of the Teen Center have attended national teen leadership conferences. Teens participate in activities with 2,000 peers from Clubs around the country. Many of the teens who attended from the Banning Teen Center had never stayed in a hotel or ordered off a menu. Some had to get their first suitcases to travel. Yet, the Banning youth excelled at the conference, often stepping up as leaders, according to the organization’s Director of Operations, Megan Grisham.

“People think a lot of times that we are just babysitting, but the emotional aspect and character building are above and beyond that,” Grisham said. “Our programs are very rich and impactful. We have club members that are now staff, and they get it.”

Recently, Boys & Girls Club of San Gorgonio Pass received a Community Impact grant through the Inland Empire Community Foundation. The funds supported activities for teens, giving them experiences they would not otherwise have. This included getting 20 under-served teens snow gear and busing them to the mountains snowboard.

Membership to Boys & Girls Club is low cost, including the Ten Center Clubhouse which has a $10 a year membership fee. The organization depends on grants and donations to keep membership costs low and to provide low and no-cost programming. The Club also needs volunteers.

Interested individuals are encouraged to volunteer their time and share their skills. Teens are especially interested in learning “old school” skills such as knitting, crocheting and building pinewood derby cars. Teens have also enjoyed hearing stories from World War II veterans and just having a chance to talk.

“We give kids an opportunity to explore and find out who they really are and understand there is value in them and the differences between people.” Herr said. “We give kids hope and are a champion for their success.”

This article originally appeared in the Press Enterprise, December 2022.