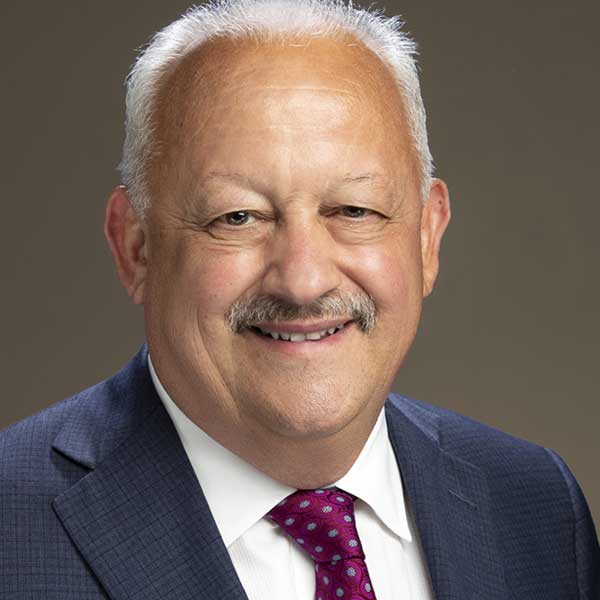 Dr. Tomás D. Morales, PhD, was selected as the president of California State University, San Bernardino in May 2012. He is the university’s fourth president since it opened in 1965. Previously, Morales was president of the College of Staten Island, The City University of New York (CUNY), since 2007.

Morales is actively involved with several national organizations. He currently serves as chair of the Governing Board of the Hispanic Association of Colleges and Universities and on the Executive Committee of the Coalition of Urban and Metropolitan Universities. In addition, he previously served as chair and board member of the American Association of State Colleges and Universities, as well as co-chair of AASCU’s National Task Force on College Readiness which released the report, “Serving America’s Future: Increasing College Readiness,” a comprehensive examination that advocates approaches for public institutions to take.

In May 2012, he was awarded an honorary doctorate of humane letters from his alma mater SUNY, New Paltz, where he was the featured commencement speaker. In recognition for his service to education and his passion for the sport, the baseball field at the College of Staten Island was named in his honor as the Tomás D. Morales Baseball Field.

His lifelong dedication to improving the access and quality of public higher education has been recognized with numerous awards, including the Distinguished Leader in Education award from Education Update; the Lifetime Achievement Award in Education from the New York League of Puerto Rican Women, Inc.; Effective Leadership Golden Age Award from the Latino Center on Aging; Latino Trendsetter Award at the United Nations; the IMAGEN Certificate Award from U.S. Citizenship and Immigration Services; the Professional Achievement Award from Boricua College; the Hispanic Leadership Award from the Boy Scouts of America; the Outstanding Leadership in the Service of Youth Award by the National Honor Society at Susan E. Wagner High School; and the Louis R. Miller Award from the Staten Island Chamber of Commerce and Staten Island Advance.

Tomás and his wife Evy have been married for over 40 years. They have three grown children (sons Thomas and Omar Morales, daughter Amanda Jimenez) and six grandchildren.